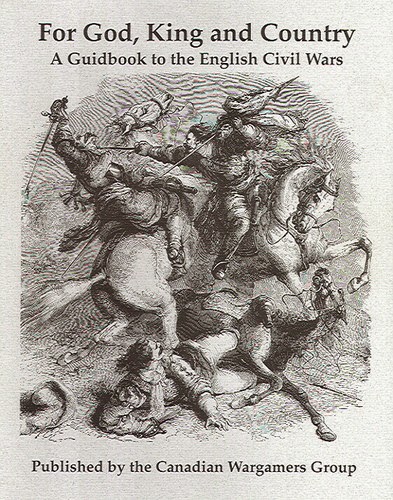 I have now finished the last six pike and shot units for my English Civil War Royalist Army.  Pictured below (along with those in my previous post (clicky)) are what my dozen pike and shot units look like . . . followed by individual photos of the six new regiments (click for larger images).


The new regiments are as follows:

I am also near finishing four units of Commanded Shot . . . but I still have ten units of Cavalry as well as a couple of Dragoon units (both mounted and on foot) as well as all of my Generals and Brigadiers . . . not to mention artillerymen.

So I am far (okay much too far) from being where I want to be with this army . . . but for me the hardest part is now finished because unlike most gamers I find foot far more tedious to paint than mounted troops.  Beside which all I really only need to finish is some of the mounted and a few officers before Murdock and I can try out some ECW rule sets on the table top.

Well I have finally finished my first six ECW Royalist units.  Following the photos (click for larger images) I will discuss my reasons for the "unusual" basing and for the "command figure" in front of the units.


So why did I place five figures on the pike stands (placed like a five pip on a d6) and three figures on each shot stand . . . all instead of the usual four on each?

I firmly believe that pikes should be in "close order" and that (with burning matches) matchlock men would be in a looser (although not "open") order for safety's sake.  Others may well disagree, but I think that it looks good.

As for the "command figure" in front of each unit, it does not fight.  It is simply a marker for the unit's current status . . . in front for good order, in back for disordered, and well behind the unit if shaken.  This allows for a "marker" that does not disrupt the look of the battlefield.

Flags (and coat colors) are from the fine Wargames Design website . . . although I have increased the flag size to 45mm square (pikes/flagstaffs are 80mm).  My bases are nominally 2" square . . . but are actually 47mm square so that they will fit into my display cabinet.

Now to finish the rest of the Foot so that I can move on to the cavalry.

While "real life" has been slowing me down, I have still made it to the painting table more than a few times.  Pictured below is the current state of a dozen Pike & Shot units:

All figures were placed on painting sticks and black primed, then "damp brushed" with white and coloured "identifiers" painted on the sticks.

Since then all figures have had at least 5 colours applied (many have more) -- at a minimum every figure has flesh, hair, headgear, coat and breeches painted.

The result is that no two figures are painted the same way . . . but that each unit will look like a unit (albeit perhaps a bit ragged or with differently aged uniforms).

So, what is left to do?  Most of the leatherwork (belts, boots and pouches), most muskets and most metal bits plus a few odds and ends.

Oh yes, I also have four units of Commanded Shot at about the same point in the painting process . . . but all of the mounted still await my brush . . . *sigh*.

Yes, I HAVE been working at getting my ECW army painted . . . however due to my wife and my health issues I've not had as much time as I'd like to paint. 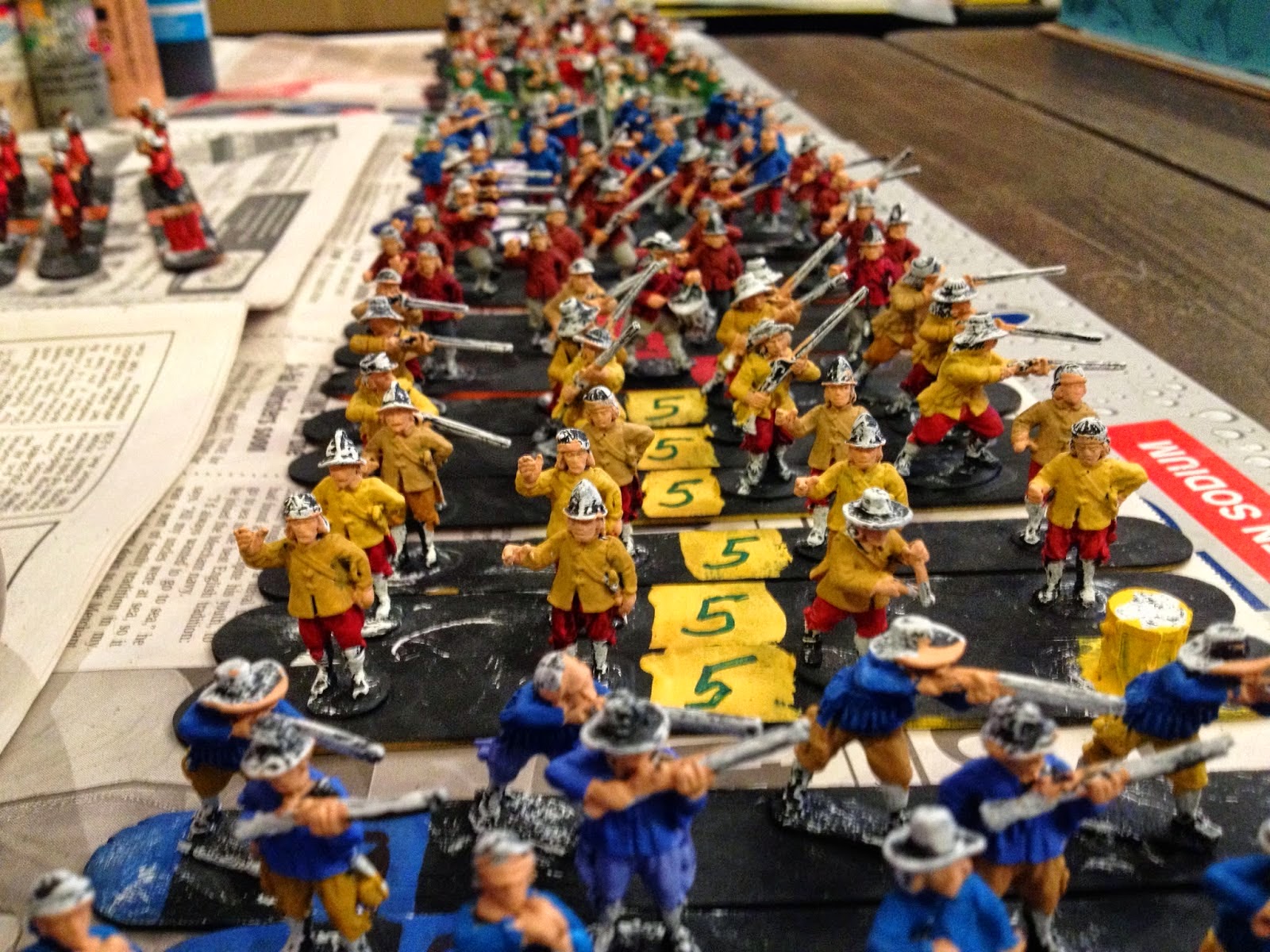 In this photo you can see some of the pike & shot units that I've been working on.

(The photo was taken from my main opponent, Murdock, and has been "stolen" from his blog.)

These troops just have flesh, pants and coats painted at this point . . . but it certainly makes them seem close to being finished for me.

I thought that I'd share with you the intended composition of my ECW Royalist army . . . at least as intended at this point (the figures have been purchase but are not yet painted).


First my Foote:
Then my Mounted -- 12 total units -- 10 Horse, 2 Dragoons:
Finally the Artillery -- a variety of different sized guns with enough artillerymen to man as many as we are likely to field.

I should note that the above lists are substantially the same as Murdock's Parliamentary Army except that he will have the exact reverse number of Trotters and Gallopers.